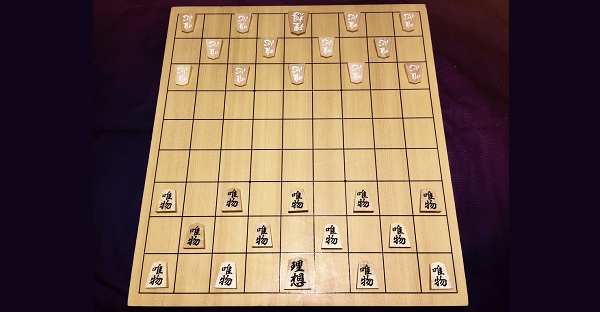 Philosophy Shogi checkers is a board game similar to a checker invented by Inoue Enryō in the Meiji era. This game is not a quick one because it takes much time until a decision is made. Philosophy Shogi checkers rules are similar to the modern English-style checkers, the difference is that there are 9 x 9 squares gameboard, the same as Shogi, and the main goal of the game is to capture the king of your opponent.

The rules of Philosophy Shogi checkers

The Philosophy Shogi checkers rules are similar to English checkers. The differences between the two games are:

Game-board: The game is played on a board of 9×9 dark and light squares, all the corner squares are dark and the players move there pieces only on the dark ones. 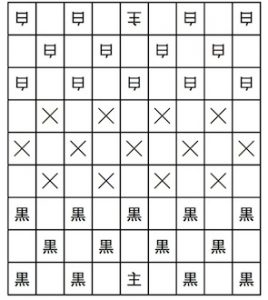 Starting position: At the beginning of the game, each player place his pieces in the first 3 rows of his side (only on the dark fields). The King positioned in the center of the first row.

Moves: You can make your moves or captures just as you will do it in English draughts. The same thing for the king, moves and jumps are the same as in the English draughts. Whenever you can jump over an enemy piece, you have to jump. When making a multi-jump, the jumping direction can change. When two or more enemy pieces are lined up in a row, you cannot jump over.

Princes: If your piece reaches the first row on the opponent side of the game-board, the piece is promoted to a Prince. His moves and jumps are similar to a king.

How the game ends: You can win the game by capturing the king of your opponent.