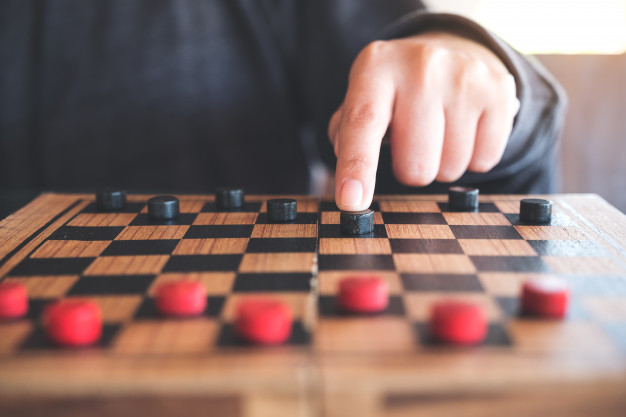 Poddavki – a variant of the game of Russian draughts with the opposite goal. The main difference between Poddavki and the standard version of the game is that the player who first gets rid of all his pieces wins the game.

In the Poddavki, the pieces are placed on the checkers board in the same way as in standard game, the rules are also the same. As in normal checkers, there is also an obligation to capture (jumps are mandatory). If a player misses a chance to jump, his opponent has the right to request a move back instead of jumping and capturing the appropriate piece. The player who is the first to get rid of all his pieces or finds himself in a situation in which any move becomes impossible wins.

A player wins the game when:

In addition to the above, there are also possible cases of losing associated with the expiration of playing time on the control clock and when breaking the rules.

A game is considered to be a draw in the following cases:

In Poddavki competitions, the player must respect the time:

Some times, in competitions, more timing rules may apply, but that do not contradict with the basic rules.