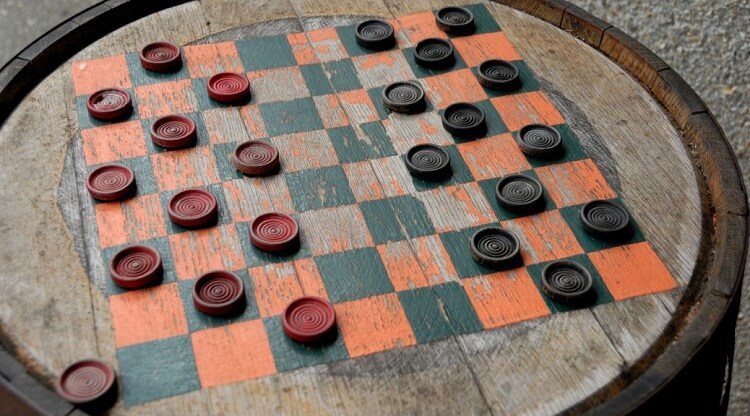 Brazilian Checkers is a strategy game and a variant of the board game draughts. It is similar to International draughts, but with a game-board of only 8×8 squares and 12 pieces according to the rules of the World Checkers Federation (FMJD).

The goal of the game is to prevent the opponent from making any move by capturing all his pieces or by blocking them. In other cases, the game is considered a draw.

A simple piece is crowned if it moves to a square in the last row of the board. By crowning we mean placing an other piece on top of it to be marked end it is, then, called King. A king is free to move multiple squares diagonally in any direction and can capture an opponent piece even if it is some distance away from it. He can also choose which empty square to land on, but it  mandatory that he captures all the eligible pieces possible.