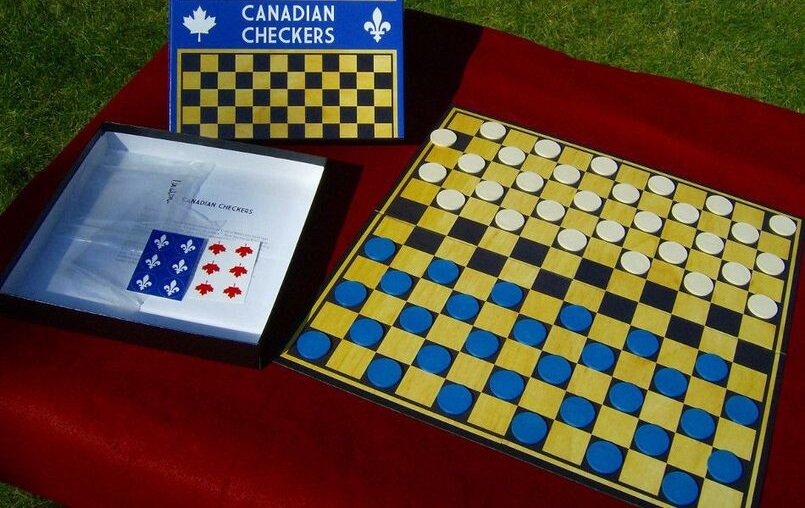 Canadian checkers, also called Canadian draughts, is a variant of draughts game. It is played on a board with 30 pawns on each side and 12×12 (144 squares).

Canadian checkers is played mainly by the French settlers of Quebec concentrated in the northeast of North America, while the game of International Checkers (also called “Polish or French”) is practiced in more than 50 countries! There are also other draughts variants (played on 64 squares): Russian, Brazilian, Italian, Spanish, Turkish, etc.

In the 64-box game, there are several variants. The Brazilian game uses the same rules as the Canadian and the International. The difference between the Russian game and, among other things, the majority taking, which is not compulsory. The English game, also called “Checkers”, practiced on 64 spaces has however rules which differ more: a player cannot take backwards with the pieces, the king can move backward and also take backwards but cannot fly.

Difference between English and Canadian rules

Here are the rules that differ from the Polish checkers game:

As in international draughts, it is allowed to pass several times over an empty square, but, it is forbidden to jump more than once over the same piece.

Here are the detailed rules for Canadian checkers: