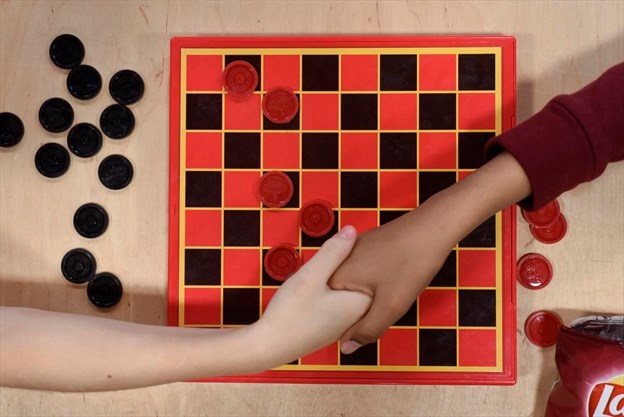 Czech Checkers is one of the variants of the game of draughts, popular in the Czech Republic and Slovakia. The goal of this checkers game is to deprive the opponent of the opportunity to move by taking or blocking all his pieces.

Board and starting position

A board of 8 × 8 squares is placed between players so that the lower left square is black. In the initial position, each player has 12 pieces, placed on black squares of the first three rows.