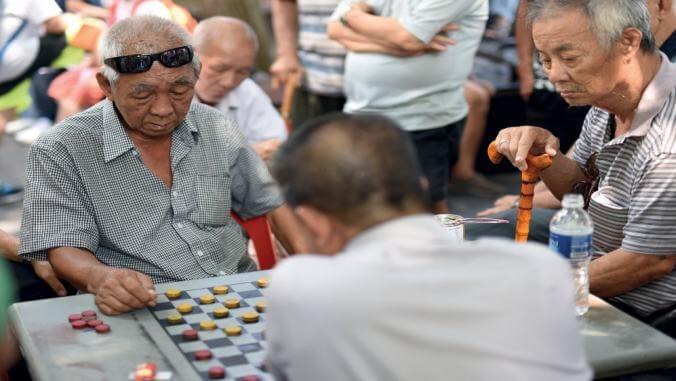 Malaysian checkers or Singaporean checkers, is a regional type of the strategy game of draughts played on a 144 squares board (12×12) like the Canadian checkers. You can also play it on a 8×8 board with some differences in the rules.

The rules of Malaysian checkers are like International draughts, the only differences are that the pieces can not move backwards, loosing a piece if you fail or don’t want to capture a legal opponent piece(s) with it, a much bigger checkers board (12×12 fields), and more pieces per opponent (30).

When your simple piecereaches the last line n the opponet side, it should be crowned by putting another simple piece on top of it to mark it. Crowned pieces are called kings and are more powerfull than simple pieces. They can jump or fly multiple squares diagonally in any direction. They must, however, capture the most possible pieces.