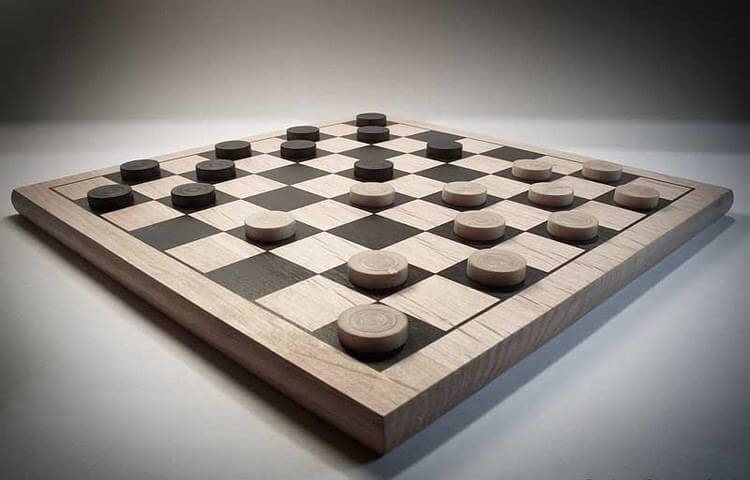 Russian checkers (Shashki or Russian shashki) is the most popular type of draughts played in Russia, Eastern Europe and Israel. The goal of the game is to capture all the opponent’s pieces or prevent him to make a move.

Russian checkers board and pieces

The Russian checkers board is a 8 x 8 alternating dark and light squares, similar to the English checkers. The board is set in a way that the left corner square at the bottom of the player side is dark.

Each player has 12 pieces which can moves only in the dark squares (diagonally). If they are simple pieces they can move only forward, only the kings can move both forward and backward.

Just like other variants of Draughts, Russian checkers are played by two opponents each one occupying the black fields of the first three rows in opposite sides. Each player have different color pieces from the other, generally black and white or red and white.

The rules of Russian checkers are:

The game ends in the following cases:

A game is a draw in the following cases: